Posted on August 1, 2018 by SCIENCE pickings 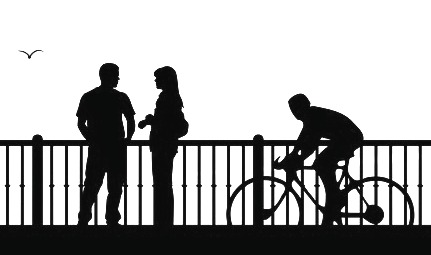 “In one, a group of male participants read lines from a modern musical version of Romeo and Juliet with an unfamiliar woman (actually a confederate helping the researchers) who was sitting either 80 centimetres or 150 centimetres away. Overall, those in the close condition reported afterwards that they liked the woman more. A deeper analysis of the data showed that this held only for men who were single, not for those in romantic relationships.

In another study, images of just the faces of eight women, who were matched for physical attractiveness, were presented in pairs, separately to each eye, of another group of male and female participants, with one face appearing to be slightly closer than the other. Both men and women reported liking the faces that appeared closer, and this effect was stronger for men who reported being less satisfied with their current social relationships.

In a separate study, single men watched a video clip of a woman (rated earlier by others as being “mildly attractive”) who stood either 60 cm or 150 cm away from the camera, and who gazed directly into the lens. Again, the participants reported liking the woman more when she was closer, and they estimated that they’d have greater success in asking her out on a date – in other words, she seemed more accessible. This effect was greater for men who’d scored higher on a questionnaire measuring their feelings of loneliness. (The researchers don’t mention the sexual orientation of these volunteers; it seems to be assumed that they were heterosexual.)”