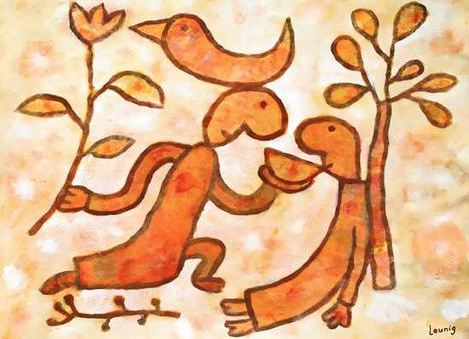 “The !Kung of Africa swap arrows before going hunting, and when an animal is killed, the credit does not go to the person who fired the arrow, but to the person whom the arrow belongs to. If a person becomes too domineering or too arrogant, the other members of their group gang up against them, or ostracize them.”

So there is no reason to think that selfishness and cruelty are natural to human beings. There is no reason why traits such as racism, warfare, male domination and should have been selected by evolution, since they would have had no benefit to us. In fact, as we have seen, individuals who behaved selfishness and ruthlessly would be less likely to survive, since they would have been ostracized from their groups. On the contrary, it makes more sense to see traits such as cooperation, egalitarianism, altruism and peacefulness as natural to human beings. These were the traits that were prevalent in human life for tens of thousands of years, during the so-called era of evolutionary adaptedness, and so presumably these are the strongest traits in us now.”

Collecting knowledge and new findings on topics dealing with HEALTH, SELF-DEVELOPMENT/GROWTH, RELATIONSHIPS, FUTURE, SPIRITUALITY
View all posts by SCIENCE pickings →
This entry was posted in Social, Uncategorized and tagged collaboration, cooperation, egalitarianism, empathy. Bookmark the permalink.
%d bloggers like this: