Posted on February 21, 2018 by SCIENCE pickings 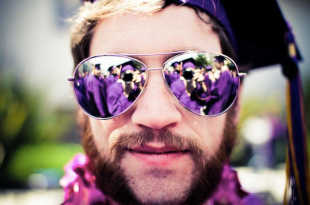 “A 2017 study explored this question, albeit with mice. Researchers paired mice together, punching holes in their ears, and tracked the rate of recovery. They found that the genome of a cagemate affected how fast their ears healed.

Benjamin Domingue, an assistant professor at the Stanford Graduate School of Education who studies sociogenomics, was fascinated by what the researchers called an “indirect” or “social” genetic effect. He wanted to see if similar things were going on in humans.

Through the National Longitudinal Study of Adolescent to Adult Health, a sample of 15,000 Americans who were between 7th and 12th grade in 1994-95, and which is now on its fifth wave of data collection, Domingue and his colleagues were able to test for the influence of social genetic effects on educational attainment and relationships like friendship.
Previous studies, for instance, have demonstrated that friends are more similar genetically than randomly paired individuals.”